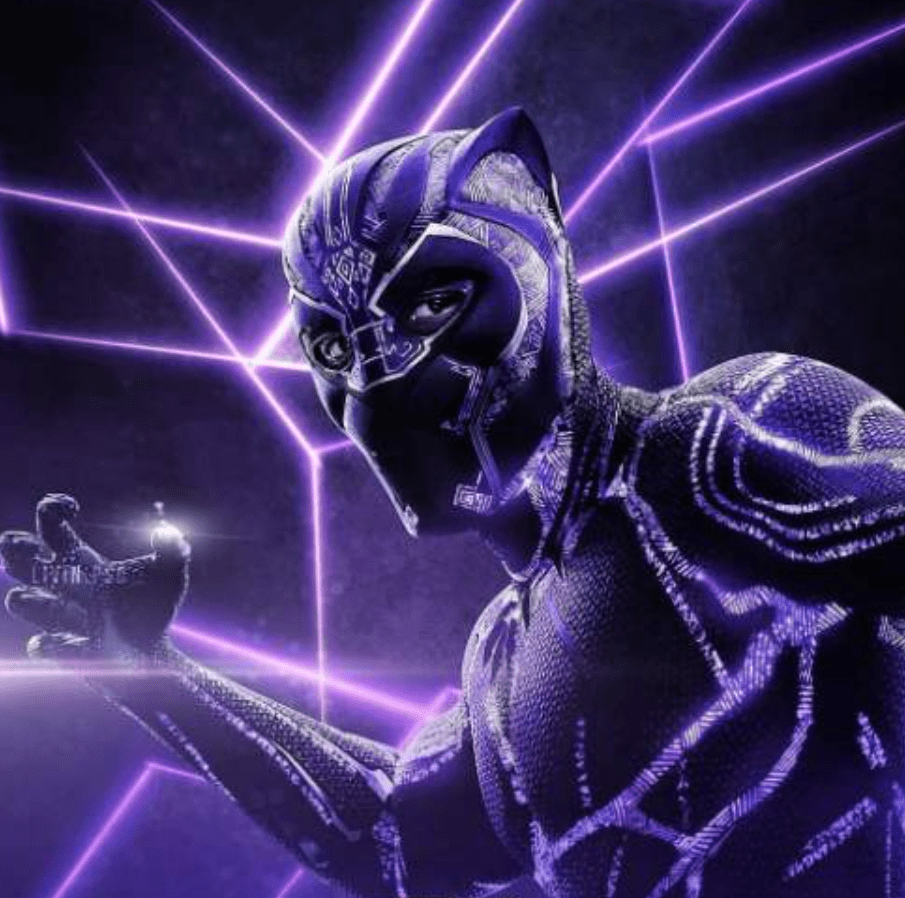 In a newly released behind-the-scenes video, Lupita Nyong’o discusses her preparation for the underwater sequences in Black Panther: Wakanda Forever, which takes place in the undersea realm of Talokan. Nakia, played by Lupita Nyong’o, is back for more action in the follow-up film to Ryan Coogler’s Black Panther, which was released in 2018.

In the video, the actress prepares for the sequels by jumping into a pool and lifting weights while she is underwater. Nyong’o jokes that the training makes her feel “like a crawfish.”

We know one thing about the script for Black Panther: Wakanda Forever, which is that it will be a very emotional experience. A good number of the actors involved in the production of this movie have expressed how strange it seems to be doing it without the renowned star.

In July of 2021, Winston Duke told Collider that reading the script brought him many strong feelings. “Packing up to get back to set was an emotionally taxing experience. However, we have become somewhat of a family through this difficult time, and we are creating something remarkable by sharing our sorrow.”

As the people of Wakanda prepare to move on to the next stage of their history, the heroes of Wakanda will need to work together, with the assistance of Lupita Nyong’o as War Dog Nakia and Martin Freeman as Everett Ross, to pave a new way forward for the kingdom of Wakanda. Dominique Thorne, Michaela Coel, Mabel Cadena, and Alex Livanalli are all featured in the movie, which features Tenoch Huerta in the role of Namor, the monarch of a secret nation buried deep under the ocean.

In prior films, such as Iron Man 2 and Avengers: Endgame, hints of Atlantis’s existence have been dropped in easter eggs and casual remarks. In the books, there has been a previous conflict between Wakanda and Atlantis, resulting in catastrophic effects. If this turns out to be the storyline for the upcoming movie, then the action on screen will be nothing short of a spectacular show.

Wakanda is surrounded by land. Thus it is unclear how exactly the inhabitants of Atlantis intend to launch an assault on the country. But, hey, that didn’t stop them in the comics, so it’s safe to assume they’ll find a way here.

In any event, Black Panther: Wakanda Forever appears to have the makings of a fantastic narrative. Let’s keep our fingers crossed that the movie lives up to its potential. Stay tuned for more, as we will continue to add more recent information to this piece as it becomes available.

It has been announced that the sequel would not replace the part of T’Challa to honor the legacy of Chadwick Boseman, who played a role in the previous film. Unfortunately, there are currently no strategies to utilize a “digital double” in the upcoming sequel.

Marvel Studios’ Executive Vice President Victoria Alonso says, “There’s only one Chadwick, and he’s not with us.”

Wakanda will live on in the hearts of people like Dorothy Steel, Florence Kasumba, Angela Bassett, and Danai Gurira.

Kevin Feige added: “Wakanda is a location that may be further explored with various people and subcultures. This was the primary topic of the next story from the beginning and throughout its entirety. We will not have a computer-generated version of Chadwick, and we will not recast T’Challa.”

Nate Moore, the producer of Black Panther 2, stated in October 2022 that while the idea had been explored, it was not going to be implemented in the sequel, although several fans have requested that T’Challa be recast in the MCU.

It has been stated that Duke will be given an “increased role” in the sequel; however, Marvel has not yet verified the rumors. Meanwhile, Tenoch Huerta, who stars in Narcos: Mexico, will play Namor, the film’s antagonist who has been proven to be a mutant.

Tenoch huerta will continue to play the role of namor in the Black Panther series set in Wakanda.

Everett Ross, played by Martin Freeman, will be back for more episodes. We can state that Daniel Kaluuya’s W’Kabi will not come back as a character in the show.

The actor who played Border Chief tribe W’Kabi in the first film disclosed that he did not film footage for the sequel because he was committed to the film Nope, which reunites him with Get Out director Jordan Peele and shooting for both films overlapped. In the first film, the actor played the role of W’Kabi.

Michaela Coel, who starred in I May Destroy You, and Kamaru Usman, who won the UFC, have joined the cast. In the Marvel Cinematic Universe, Dominique Thorne, well known for her role in “If Beale Street Could Talk,” will debut as Riri Williams, also known as Ironheart.

Anthony Mackie, who played Falcon and the Winter Soldier in Marvel’s The Falcon and the Winter Soldier, was also seen on site. Still, he has stated that he is not participating in the production and is only visiting the set. There is always the possibility that this is an elaborate hoax similar to when the Spider-Men got back together. The only way to know is to wait.

In the background, Ryan Coogler came back to write and direct Black Panther: Wakanda Forever, and he reassembled the creative cast from the first film.’

Born Lupita Amondi Nyong’o on March 1, 1983, in Mexico City, Mexico, Lupita Nyong’o is a Kenyan actress. She is most known for her performance in the film 12 Years an enslaved person, for which she was awarded an Academy Award (2013).

Although she was born in Mexico, Nyong’o spent most of her childhood in Kenya, where her father held government positions, including minister and senator. She received her education at Hampshire College in Amherst, Massachusetts. While there, she worked in the film industry as a production assistant and intern on several different films.

She received her bachelor’s degree in film and African studies in 2007 and finished with honors. The video she made for her senior thesis, titled “In My Genes” (2009), was shown at the New York African Film Festival in 2010. After that, Nyong’o played a part in the television miniseries Shuga (2009; 2012), which was about the culture of young people in Lagos.

After that, she went on to get a master’s degree in acting from the Yale School of Drama, where she had previously enrolled (2012).

Theater without any audience and a black screen (theatre, motion pictures, cinema).

12 Years an enslaved person was the first feature film in which Lupita Nyong’o starred, released in 2013. Her depiction of Patsey, a young slave woman, regularly raped by her master (played by Michael Fassbender) and denigrated by his wife (Sarah Paulson), gained her critical acclaim.

Patsey was frequently raped by her owner (played by Michael Fassbender), while Sarah Paulson played his wife. The film that Steve McQueen directed also took home the award for best picture, while Lupita Nyong’o was honored with the Academy Award for best-supporting actress. After that, she was cast in the action thriller Non-Stop (2014), where she plays an air marshal tasked with protecting passengers from being blackmailed by criminals.

In Star Wars: The Force Awakens, released in 2015, Nyong’o played the role of Maz Kanata, a thousand-year-old pirate. Later in her career, she provided the voice for a computer-animated version of the wolf Raksha in the live-action adaption of Rudyard Kipling’s The Jungle Book, which was released in 2016.

Nyong’o was cast as an underprivileged Ugandan mother in the 2016 biopic Queen of Katwe, which Mira Nair directed. In the film, the mother helps her daughter, a chess prodigy. She next appeared in the critically acclaimed superhero film Black Panther (2018), in which she played the role of the title character’s former lover and bodyguard.

She then repeated her role in Black Panther’s sequel: Wakanda Forever (2022). The horror picture Us, directed by Jordan Peele, in which Nyong’o played the mother of a family whose house is invaded by violent counterparts, and the zombie comedy, Little Monsters, was among the films Nyong’o appeared in during the year 2019. In the same year, she had a repeat performance as Maz Kanata in Star Wars: The Rise of Skywalker.

In the spy thriller The 355, released in 2022, Lupita Nyong’o was a member of an all-star cast that included Jessica Chastain and Penélope Cruz.

Nyong’o maintained her stage acting career, and in 2015 she made her debut in an Off-Broadway production of the drama Eclipsed. The play centered on the wives of a rebel leader who were held captive during the Liberian civil war. In 2016, Nyong’o made her debut on Broadway when the play relocated to the John Golden Theatre.

She went on to win a nomination for a Tony Award for her performance, which was eventually presented to her.